The Ahmedabad Tennis Premier League (ATPL) is a tennis tournament held in the city of Ahmedabad annually.
The tournament has gained immense popularity across the state owing to its unique format of play.

ATPL is one of the most prestigious and most awaited Premier Tennis league in Ahmedabad, every year, in the month of February, more than 16 teams (150+ players ) compete for the glory of ATPL 140k Team championship title in Ahmedabad.

ATPL has been bringing tennis enthusiasts together since 2016, from different tennis academies which historically has never happened in the city with the intention to promote game of tennis as an access to healthy and fit way of life.

This exciting event "Ahmedabad Tennis Premier League 1.40 lac Team Championship “Tennis Tournament is organized every year in the month of February. The tournament has also gained support of various media houses over the course of its spectacular run through the years. An initiative by the Neon Sports Academy, ATPL today has been recognized as an event that envisions a society capable of arousing the spirit of team work and sportsmanship among the masses.

This year, we are looking at a paradigm shift in ATPL. We had never planned to invite sponsors to be part of this championship. Inside the context of making this a larger than life, full of enthusiasm and source of inspiration for many to take on tennis, we intend to involve more citizens into this championship. With this intention, to expand the bandwidth and reach of ATPL, we request your humble support for this year and in future too. 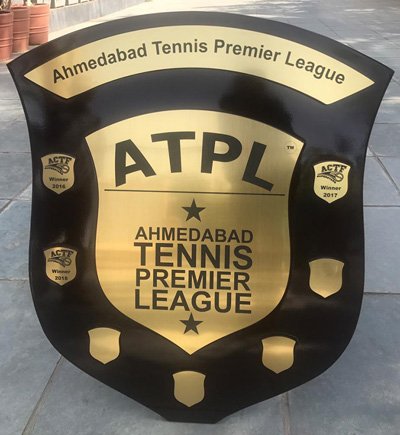